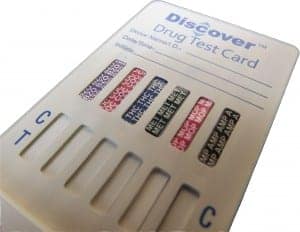 Having to produce a urine or saliva sample for passing drug testing can be the most nervous and anxious thing you will ever have to do, especially if your job depends on it!

There are loads of different ways to pass a drug test in theory, but seldom work.

Here are some makeshift ideas that people might think to use when trying to pass a drug test.

Most of these ideas (except for drinking water to excess), are very sneaky, and there is a possibility of being caught when giving the sample. Usually the drug test officer will be very close the whole time.

When using fake, or someone else’s urine, there will be a problem with temperature. The drug testing officer has the right to ask for a second sample if the the first sample is less than 36 degrees Celsius.

Excessive water, urine tract infection medications and sneaking other chemicals into the sample can affect the adulteration test that are used in Australian drug testing these days.

Adulteration is when the sample provided has been tampered with in the hope that the final result is altered. Here is what they test for,

Here is more information on Adulteration you’ll be interested in knowing.

Passing a saliva drug test is “easier” as the drugs (and their metabolites) do not stay around for as long as in urine. I was surprised when I learnt the following drug testing detection time chart.

Another thing to remember about saliva drug screens, they aren’t as accurate, or refined as urine tests.

I hear things a lot on how to pass saliva drug testing such as,

Commercial mouth washes have to be taken very soon before the actual test.

Eating a fatty meal relates to passing for THC. The theory is that THC sticks to fat cells in your body, making it harder for THC to be released into your mouth.

There are chewing gums on the market to clear out drugs in the mouth, but like a mouth wash, it only works for a short time.

At Oz drug tests we do not suggest using any of these options to pass your drug test. The best way to pass is the most simple…. Get clean.

Click here to order a drug test….. SALIVA or URINE